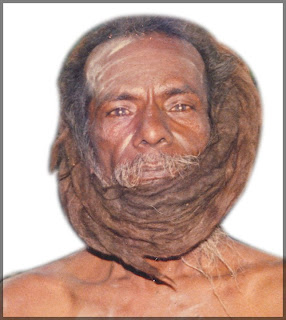 Food determines our wellbeing. Food is also medicine in its ability to heal and immunize. As a vital input into ourselves, food also determines our thinking and thought patterns. Food is pure energy. To enhance the energy present in the food, before we eat, saying grace matters. There are of course, a countless ways to say grace before eating our food as each culture, religion and families have different ways to express gratitude. From the Siddhar perspective, food also has a component of dharma, basic goodness, as an energy field to be enhanced.

In India, it is normal, in fact, a cultural practice, to offer food to the guests before eating, even if the guests are strangers. This practice of offering food has deep meaning in the causal of dharma. Nearly every saint, sadhu, guru and yogi in India would agree that offering food as dharma to feed others is the most potent of all actions – simply because, as Siddhar Rajaswamy says, “The stomach pit is the only pit in the human body that can be satisfied and every human, rich or poor goes through the pangs of hunger. Food also represents the body and when we feed people, we set into motion, the grace of well-being not only for ourselves but for humanity itself.”

Determined to inflict damage on the Pandavas, the Kauravas summoned Sage Durvasa.  Sage Durvasa had done tremendous tapas and due to the potency of his tapas, every word he spoke came true. But Sage Durvasa had a vice – inspite of years of intense penance that gave him enormous siddhis (powers), he had not conquered anger. Durvasa was extremely short tempered and in a moment, he could curse anyone.

The Kauravas requested Durvasa to go and visit the Pandavas in the forest intending that Durvasa would arrive at the little hut dwelling of the Pandavas just after the Pandavas had their food.

The custom in Indian households, still followed in many households today is, when you have any guests come to your house, you need to offer them food. So there was Durvasa with his retinue of disciples standing outside the Pandava brothers house and Draupadi was shocked and worried. Seeing Durvasa standing before her as a guest, Draupadi realized that there was absolutely no food grain left in the house to cook for that day and her guest and all his disciples. As she stood in silence, Durvasa muttered, “Divine Host, my disciples and I are hungry and tired. We will go and take a bath in the nearby stream and we will come back to your home shortly.” Draupadi understood this to mean that Durvasa and his disciples had indicated the need to be fed and they would be taking a bath to give  Draupadi time to cook their food!

Just after Durvasa left to have a bath with his entourage, Draupadi started crying out to Lord Krishna, “Please come and save me Krishna!”. Lord Krishna appeared and asked Draupadi why she should panic when there was already all the food of the universe available to her. Draupadi says to Lord Krishna, “Krishna, this is not a joke. Don’t you realize that we have no food in this household? Every morsel of food has been consumed.” Lord Krishna goes to the vessel in which the food was cooked and He picks up a tiny morsel of leftover rice and He puts it in His mouth saying, “May all the stomachs of all living beings be full and satisfied!”.

Meanwhile, Durvasa and his disciples had just completed bathing and were returning in anticipation to eat the food they thought was being prepared by Draupadi for them. Just then, their stomachs felt full already. Another custom followed in India today is, if you are invited into the home of your guest to eat, you need to eat well. To eat well as a guest is to honor the host. Durvasa was now perplexed as to how he could face Draupadi as it would be an insult to not be able to eat. Understanding such a circumstance, Durvasa and his retinue quietly slipped away.

This story expresses Siddhar wisdom. Whenever we prepare to eat, if we could for a moment close our eyes, imagine ourselves to be the vast Spirit, like Lord Krishna and make a deep wishful intent- “May all creatures and may all of humanity be fed”, and then as an ethereal Being, we inhale the food’s aroma and say gratitude to Source for having given us this food, we set into momentum potent dharma.

“Great indeed is the power acquired through austerity to endure hunger. But greater still is the power of those who relieve the hunger of others.”

When we understand the significance of imagining and creating the intent to feed every stomach on planet earth before consuming our own food, even if we are physically not doing so, we are reflecting a positive thought of vibrational energy. When we acknowledge ourselves to be the Universal Spirit and intend the fulfillment of every hunger, we invoke the energy of the Source, to enable this. Accompanied by gratitude as our reality in the moment, the food becomes cleansed, energized and serves our well-being.