CAVE OF THE SIDDHARS CD - Nandhiji

CAVE OF THE SIDDHARS CD

Cave of the Siddhars : Debut album by TURIYA NADA       Purchase on Amazon Purchase on CD Baby Purchase on iTunes   Enlightening resonance from the mystical roots of Mother India! For thousands of years, the sacred wisdom was transferred through the resonance of mantra chants as the most empowered “Shaktipat” awa..

Cave of the Siddhars : Debut album by TURIYA NADA 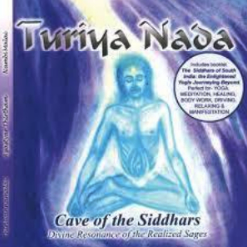 Enlightening resonance from the mystical roots of Mother India!

For thousands of years, the sacred wisdom was transferred through the resonance of mantra chants as the most empowered “Shaktipat” awakening energies. Receive the blessings of awakening Consciousness.

Siddhars represent the ‘other India’. A “Siddha” is a liberated, awake Being- a Yogi. As yogis journeying beyond enlightenment, after discarding organizational beliefs for direct experience, the Siddhars connect to the ancient lineage of Light. The potent, secretive wisdom of thousands of years was passed through resonance. Cave of the Siddhars represents the ancient blessings of consciousness through its uplifting resonance music.

Cave of the Siddhars conveys the immense blessings of the Tapasyogis (the Sages who are in deep meditation) through the chants of intense enlightening, empowering, meditative music as blessings.This uplifting music masterly composed with digeridoo, harp, percussions, flute and other instruments is an inner journey to the awake experience.

About Turiya Nada– Cave of the Siddhars is the sacred transmission of powerful and potent mantras and meditative energies that have been passed down through an ancient lineage of enlightened Sages, the Siddhars of South India. Accompanied by the didgeridoo, harp, singing bowls, djembe, udu, gongs, flute and other instruments, each track of Turiya Nada ‘s Cave of the Siddhars will take you on a mystical spiritual journey that will both delight and transform you!

The Ultimate Consciousness Music!Cave of the Siddhars has calibrated at the level of enlightenment on the Hawkins Scale of Consciousness.

– Combines powerful Siddhar mantra chants of the enlightened yogis of South India with the didgeridoo, harp and percussion.
– Chants that have secretive and hidden for thousands of years even in most of India.
– CD includes 12 page booklet including the chants and an insight into the mystical yogi traditions.
– Enhance the depth, intensity and intent of your yoga & meditation.
– Transform your inner and outer world by simply listening and enjoying Source energies!

About the Siddhar Sages:
The Siddhars are enlightened Sages who journey beyond the realms of the limited mind state. They are in the state of higher consciousness that is beyond sleep, dream and wake. It is this divine state called Turiya that they sing and chant and dance in the higher resonance with sublime bliss. About Nandhiji: Nandhiji was blessed with an initiation through a multi death experience initiation by his Guru, aged 27- after which he took a plunge into the ‘other’ India as a yogi. He was graced by enlightened Masters, the Siddha Sages, who guided him through his journey of seeking. He spent the next decade in pilgrimages through the sacred vortexes of South India, caves & shrines and solitude. Through this seeking to attain wholeness as in Consciousness was the age old method of receiving the grace of his Gurus through the mantra deekshas and the discipline of a yogi.

The music Turiya Nada was inspired as meditative directions from his Guru Ayya who said, “Sing to the world as you sing to us and uplift humanity. Know that We are in the resonance reaching each breath that seeks our ancient grace Light.” Guru Ayya meditated in a cave on the Thiruvannamalai mountain, South India- for over 18 years drinking just a glass of milk a day- in the sleepless sleep state called Turiya. This album was inspired by Him to convey the super-mind states of the Yogi.

Turiya Nada is suitable for:

Ideal for a deep plunge within! It is a journey within through each chakra, finally opening the Third Eye, the Ajna chakra. Due to the powerful subtle energy and higher vibration in Cave of the Siddhars, it is natural to experience an extremely deep meditation and yoga practice. In yoga studios- track 3 & 4 for savasana, the final relaxation during yoga.

– Siddhar chants manifest. The state of higher consciousness, Turiya, which is beyond the states of sleep, dream and wakefulness is the zone of manifestation. Listening to Turiya Nada will bring to play the divine energies of manifestation. (Track 3 and 4)

the music is meant to take the listener into the womb of the universe, the divine Source. Cave of the Siddhars has the vital component of Yoga Nidra, i.e. the ability to calm the mind and transform the mood to that of harmony and divine bliss. It is natural to sleep deeply when our mind is surrendered to the Source. (Track 3 and 4)

The divine vibration of the Sages brings to our daily lives the gift of tranquility, love, integrity, inspiration, harmony and divine protection. This resonance is ideal for home… just listening wherever we are or simply allowing the hyper-positive vibrations to bring in its goodness!

Also- Tantra, Massage, Bodywork, Acupuncture, Tai-Chi, Creative Work and Esoteric Healing. (All tracks) Turiya Nada intends to take the listener through layers of our present limitations into the vast realms of divine energy.

About Turiya Nada, the music:

Dance of the Siddhars!

There are no reviews yet.

This site uses Akismet to reduce spam. Learn how your comment data is processed.